By Team on March-August, 2014.
Breakdown of the different steps from previs to final image.

How to Smoke a Cigar, hold the cigar up to your mouth and draw in the smoke. Then, hold it in your mouth for a few seconds to taste it, and then let it go. Do not inhale the cigar smoke. A cigar is not like a cigarette. The flavor is meant to be savored, but not inhaled.

To do that the setup is very simple, the smoke is emitted from two planes inside the mouth (with a Noise Modifier, for adding some randomness). An animation of the discharge and the smoke value allow to simulate the effect of creation and expulsion of the smoke from the mouth ! 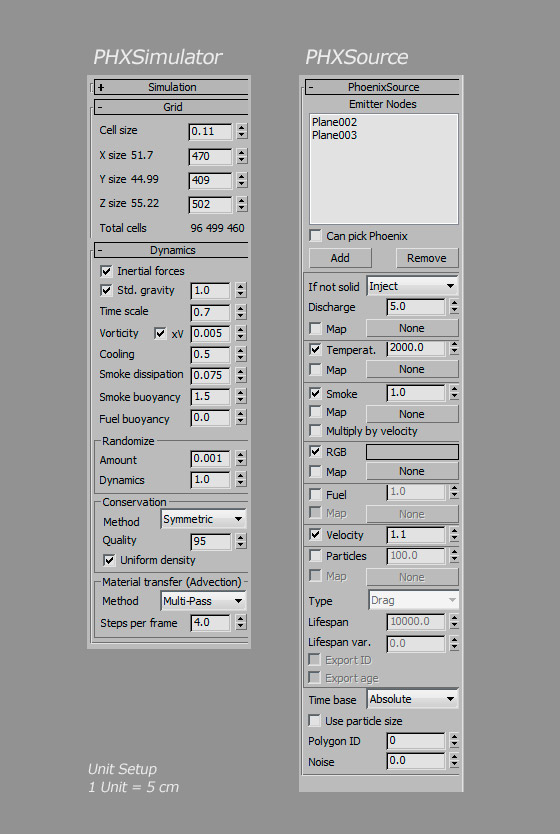